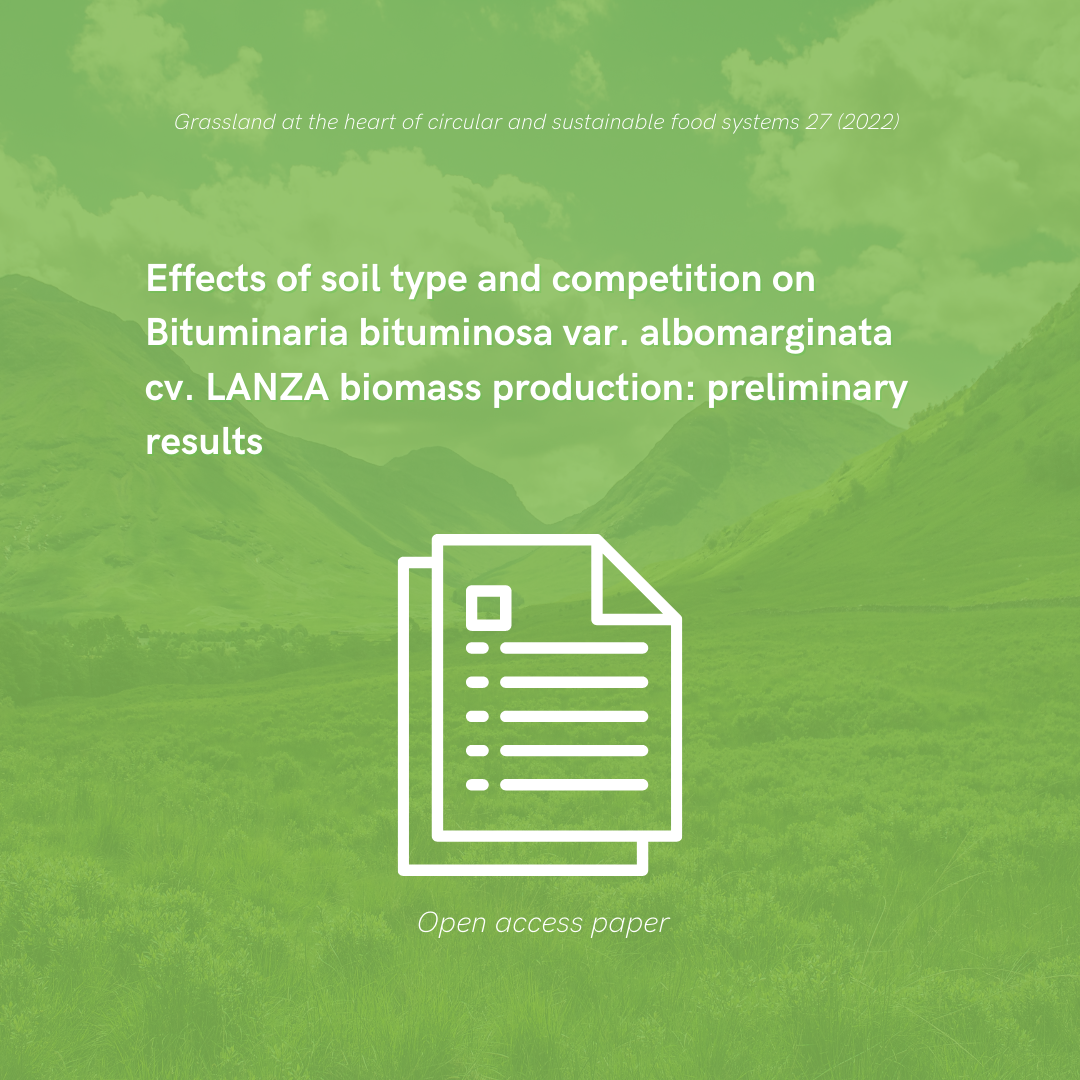 The novel perennial legume Bituminaria bituminosa var. albomarginata is a promising forage for Mediterranean climates. It has shown outstanding drought resistance and good forage quality. Recently, an improved variety named LANZA® has been developed as a result of a collaborative breeding programme led by Australian and Spanish researchers. Further research is needed to study its adaptation to the varied environmental conditions of the Mediterranean regions. Previous research suggests that soil water saturation could limit the initial development of B. bituminosa var. albomargina. Slow initial development might compromise its successful establishment in natural grasslands, where grass species might outcompete B. bituminosa. This study aims to investigate the effect on the development of LANZA® in two contrasting soil textures (sandy and clay), the competition with Lolium rigidum and the interaction between both factors in a pot experiment with six replicates per treatment. Plants were grown in 6-litre pots for five months maintaining high soil water content. The results showed significant reduction in dry mass production of LANZA® due to L. rigidium competition and lower dry mass of thin rootsin clay soils.