HomeNewsSUPER-G poster on threats to permanent... 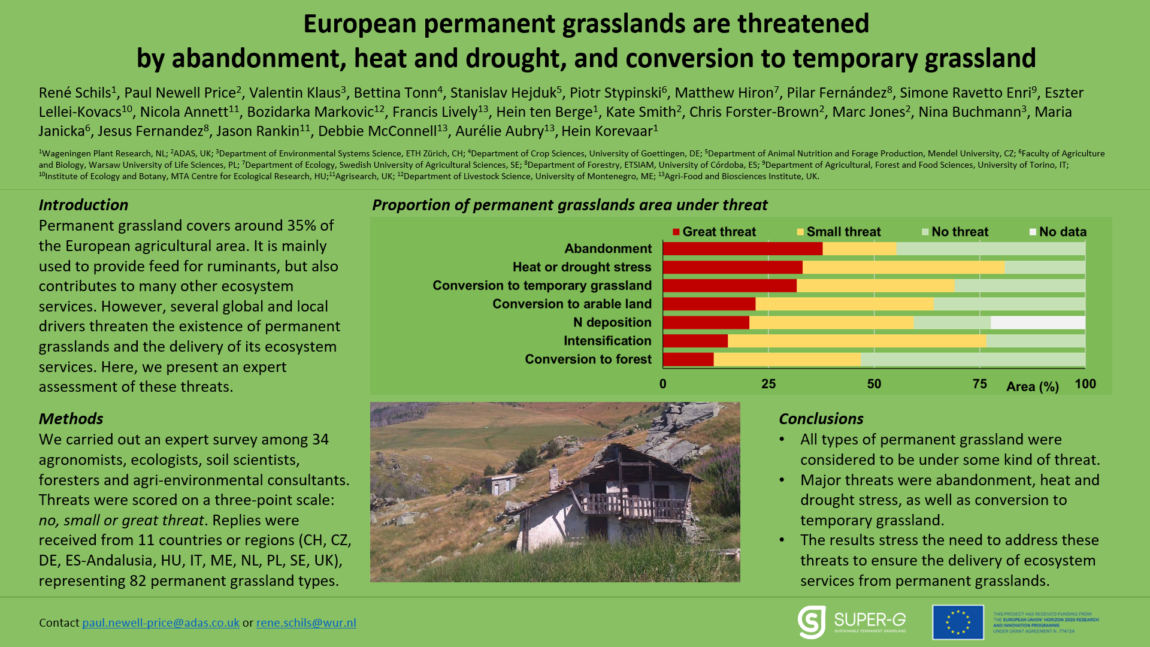 Paul Newell Price presented our recent assessment of threats to permanent grassland across Europe. We carried out a survey among agronomists, ecologists, soil scientists, foresters and agri-environmental consultants to assess the threats for permanent grasslands within their countries. All permanent grassland types were considered to be under some kind of threat. Abandonment, heat and drought stress, as well as conversion to temporary grassland were seen as the most major threats, followed by N deposition, conversion to arable land and intensification.

Permanent grassland area considered to be under a small threat, great threat or without a threat.