The first workshop was aimed to introduce local farmers (Farm network Bohemian-Moravian Highland) to the project Super-G. The further objectives were to present current innovations used on PGs, present economic status of farms with PGs in comparison with farmers on arable land, organic vs. conventional farmers, and finally sociological changes in Czech countryside (i.e. rural community) in past 30 years.

The second seminar was organised at co-operative farm Nové Město n.M. which is managing c. 1,300 ha of permanent grasslands. It was focused on the introduction of Super-G project and ESs, then on importance of hay from PGs (in comparison with straw recommended often by nutrition consultants), strategies how to reduce the impact of drought on PGs and finally machinery for PG management and new grass and legume cultivars were presented on fields. 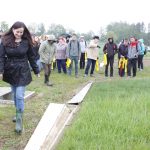 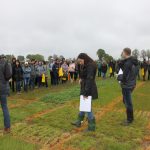